When BETCO started in 1984, we had a vision — to become the premier mini-storage manufacturer in the industry. Ultimately, the vision was to offer a full array of self storage products and self storage services, including engineering, building design, construction crews, and shipping. Only then would BETCO fulfill its vision of becoming a single-source manufacturer, providing everything a self storage facility owner needs in order to be successful.

Since 1984, we have managed to become a leader in the self storage industry. We believed then, as we do today, that better products and services are a better value in any business, and by setting the highest standards, we have truly set ourselves apart from the competition. As a result, we continue to be the premier single-source mini-storage manufacturer in the industry.

In the beginning, the intent was to design and manufacture light industrial, commercial and agricultural buildings. Initially, the company was a sales and engineering company outsourcing the manufacture of the building components. But in 1989, the company built its own 50,000 sq. ft. manufacturing and office facility in Statesville. Two sales offices were set up, one in Statesville for the self-storage business, and one in Bluffton, South Carolina for the International Division.

BETCO introduced the “New Generation” building design in 1994, which was an enhancement to the original design. That same year, looking to improve the industry norm of field painting exterior building surfaces, BETCO offered pre-painted exterior components that carried a 20-Year Warranty. Additional improvements that year included the utilization of Galvalume, the most corrosive-resistant steel in the self-storage industry. To further expand its commitment to quality and safety, the company offered the “Screw Guard” package, which eliminated the problem of interior snag points from exposed screws.

The continuing pursuit of product excellence and innovation, led the company to develop a Research & Development Department in 1996, which is charged with enhancing existing products, as well as developing new ones.

A new 20,000 sq.ft. building was erected in 1998 to accommodate shipping and Roll Forming manufacturing equipment.

In 2002, the realization that customers with Boat and RV investments needed enclosed shelter, BETCO began manufacturing larger buildings to accommodate them.

BETCO saw the need for smaller portable storage buildings, so in 2004 introduced the MAXIMIZER, an all-metal portable building with all the features of a stationary structure. The attraction to customers were numerous — no foundation required, no worry with zoning or permitting issues, and could be placed on any solid surface.

In 2005, BETCO increased its warranty on pre-painted surfaces to 40 years and to 30 years against chalking and fading.

The Next Generation building was introduced in late 2007, with features designed and priced for efficiency and economy.

Introducing the the Advantage Building Series in 2010 allowed BETCO the ability to offer a lower price-point building without compromising on the quality BETCO customers have come to expect.

Today BETCO continues its growth and assumes the position as the premier manufacturer in the self-storage industry.

BETCO is committed to being the premier, single source self storage building manufacturer by providing quality products and services that meet, or exceed, our customer’s requirements, through continual improvement and total involvement of all our people. 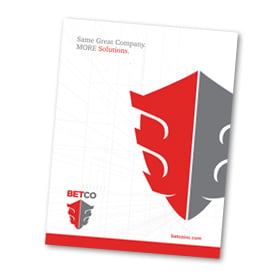 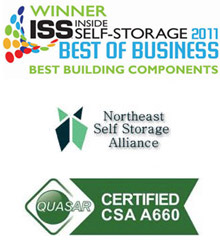